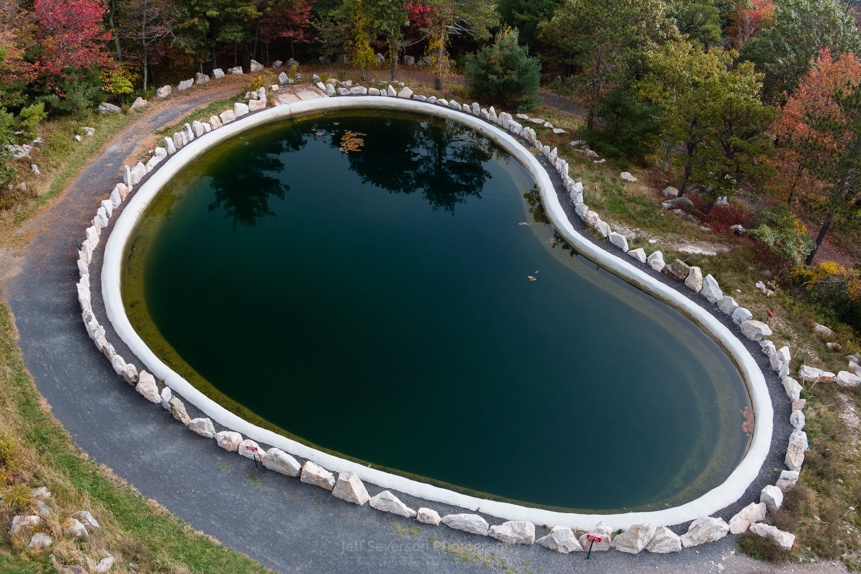 Looking down from Sky Top Tower at the Mohonk Mountain House, you’re greeted with a great view of the Sky Top Reservoir which sits along side the Tower. The reservoir was originally used as a quarry for the stone used to construct Sky Top Tower and was converted into a reservoir in the early to mid-1920s.