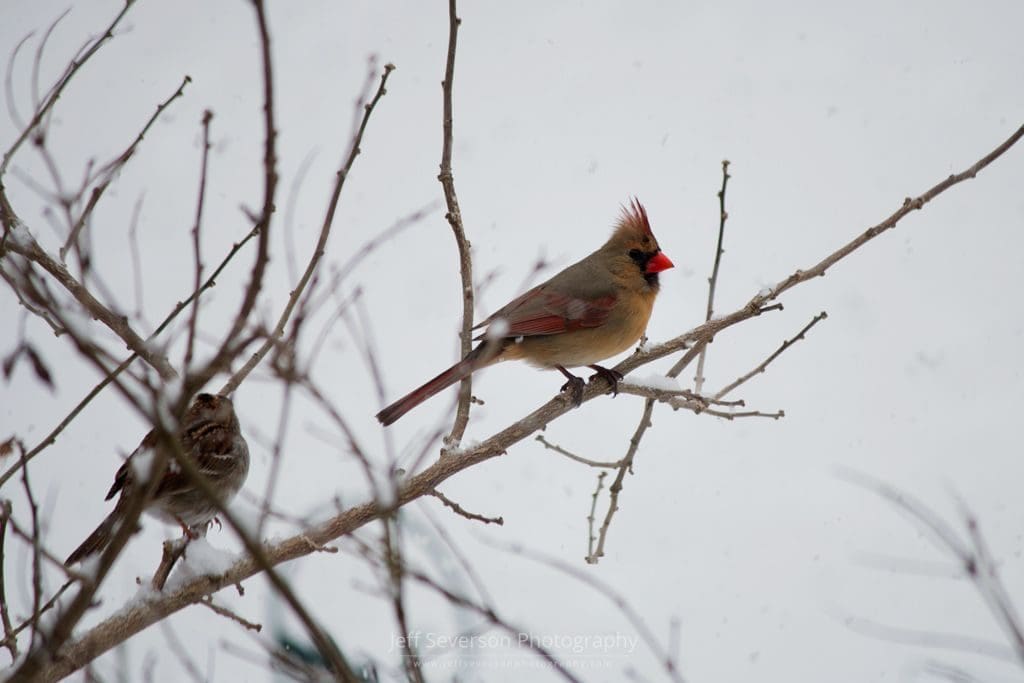 A female Northern Cardinal perched on a branch during a snow storm. The Northern Cardinal is also known as the redbird or common cardinal and can be found in Southern Canada, from Maine to Texas in the United States, and into Mexico.